Be On Guard for Media Bias 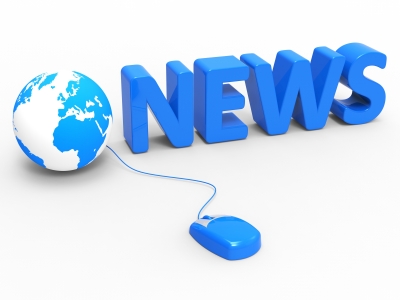 A Guest Blog by Dennis Trittin and Arlyn Lawrence (see more at www.dennistrittin.com)

Consider this hypothetical set of facts: the US Government just reported that the nation’s GDP grew at 4.0% last quarter. This compares with 6.0% for the prior quarter and 3.2% for the long-term average.

How might this be reported by the purveyors of our news?

Well, first let me tell you how I’d report it: “US economic growth remained strong by historical standards, although it decelerated from the previous quarter.” Accurate and unbiased.

But, let’s say that the media outlet is biased in favor of the sitting President. You’re liable to see something like: “US economic growth remained stellar by historical standards in the latest report, exceeding the long-term average by 25%!”

Now, let’s say the news outlet is biased against the sitting President. You’re more likely to see something like, “US economic growth plunged 33% from the prior quarter, causing some to believe a recession is on the horizon.”

See the difference? The fact is, media bias is everywhere! And, in election years like now, it’s on steroids!

I must confess that when I was 18, I had no clue about how much distortion, bias, embellishment, selective reporting, and outright falsehoods exist within the media and among supposed authority figures. We assume that our news reports are accurate and truthful, until we realize that many outlets have an agenda. After all, they have a bully pulpit and can influence our perception of the facts. And, the uninformed and undiscerning will never know. But, not you!

Here are some of the more common clues that your news sources have a slant:

•             Their sensational headlines steer readers toward the perception they want

•             Their opinions don’t stay on the editorial page, confusing readers over what is fact versus what is spin; their opinions are embedded in the articles, often by emphasizing “experts” that reinforce their view

•             During elections, their editorial boards strongly favor candidates of one party over the other

In addition to the print and online journalists, we also observe media bias in our national news reporting and, especially, among radio shows. In addition to the above list, it’s commonly revealed by: 1) the mix of guests they select (skewing in their “favor,” 2) the nature of questions they ask during interviews (often editorialized and slanted), 3) the tone and body language they exhibit with their guests (friendly versus hostile), and 4) the airtime they allow guests favorable versus disagreeable to their views.

Interestingly, when you review the national and state political scene in our country, Americans are essentially split in their leanings. However, studies consistently report that America’s news media and college professors lean left of center, on average. It’s something to be aware of as we filter our news.

The bottom line is this: some try to inform, some try to persuade, and some think they’re informing when they’re really persuading in disguise. That’s why being a discerning skeptic of all we read, hear, and watch is so important.

So, in this election year, have your media (and professor) bias detector on overtime, and use this season as a learning experience for your children and students. Have them watch/read/listen to folks on the political Left like Chris Matthews and Rachel Maddow, and news sites like the New York Times and Slate), and contrast that with the reporting you’ll receiving on the Right from the likes of Sean Hannity, Rush Limbaugh, and the National Review. Watch the post-debate commentaries on different news networks to gauge their different perspectives and angles.

It’ll be an eye opener, for sure.

How do you detect media bias? Do you factor it into your interpretation of the news? Do you consciously seek out alternative views when you develop your political opinions?

You can read more by Dennis Trittin and Arlyn Lawrence at: http://www.dennistrittin.com/