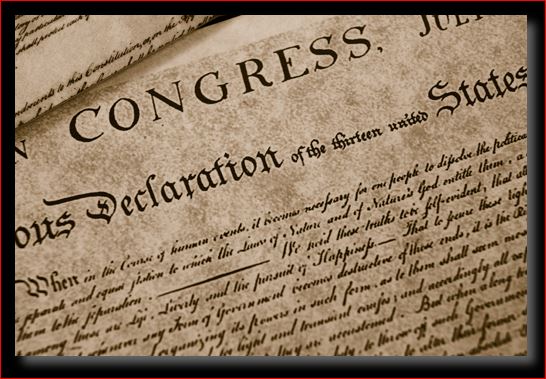 It is my unshakable perspective that when we are called to lead a team we are primarily responsible to serve those who are participating on the team.  And although there are numerous facets implied by this perspective, one of the root elements is to maintain a constant belief in each member of the team.

Accordingly, I propose that it is a core function in leadership to see the potential of each member of the team – and to express it in the way we speak to them and to model it in the way we lead them.  In doing so, we may find that we have a stronger belief in a person than they have in themselves.

That is one of the reasons that I propose that believing in a person’s capacity has creative power – the power to call a person to their highest and best potential; to bring to pass, or to create, a heightened awareness in a person of what they can become. And often this is more than they initially realized themselves.

The Preamble to the US Declaration of Independence expresses this principle where in the following phrase:

We hold these truths to be self-evident, that all men [and women] are created equal, that they are endowed by their Creator with certain unalienable Rights, that among these are Life, Liberty and the pursuit of Happiness…

The point is this: The very foundation of the United States was established by its founding leaders based on their belief in the value of the people of the nation - due to their created inherent worth and corresponding inalienable rights.

Believing in the members of our team – in their value, their potential, their rights - is to see them from the perspective of their Creator. And it is possible to do so whether people see themselves this way (or not).

To believe in those we serve is a core responsibility of leadership.  It is a foundational principle.  It is aligned with how their Creator sees them. And therefore, I trust, our positive belief will always maximize the lives and capacities of those we serve.